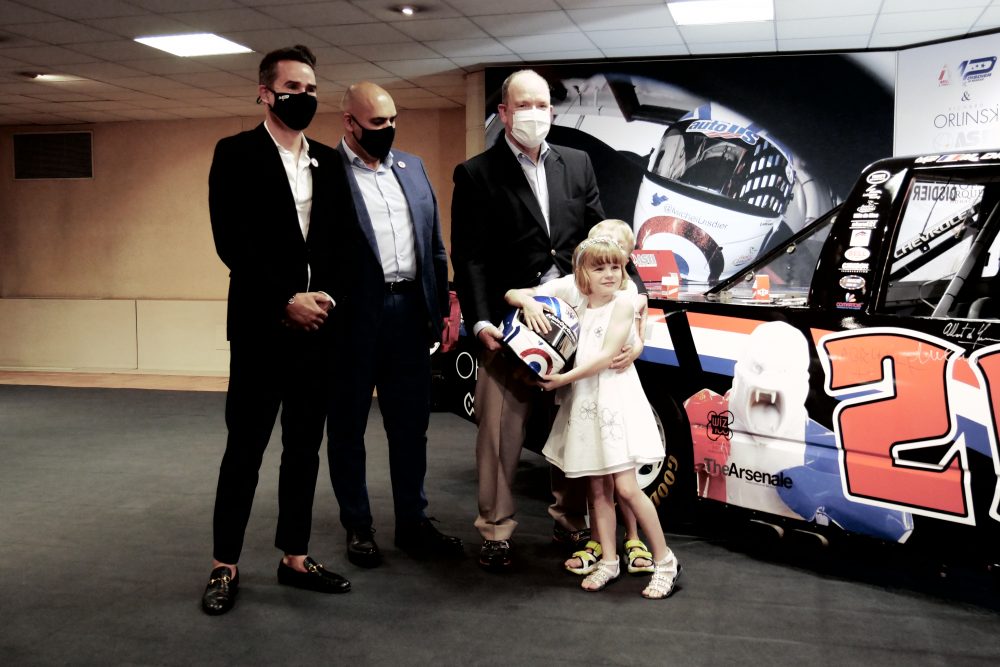 The Top Marques team last week unveiled the only NASCAR driven by a French racing driver, Michel Disdier, at the Collection of Cars of H.S.H. Prince Albert II of Monaco.

The world-premiere of this extraordinary car, designed by French artist Richard Orlinski, was due to be one of the highlights of the 2021 edition of Top Marques supercar show, now postponed until June 8 – 12, 2022.

To mark the occasion of the 78th edition of the Monaco Formula 1 Grand Prix, Michel Disdier’s stock car was unveiled in the presence of H.S.H. Prince Albert II and His children, Hereditary Prince Jacques and Princess Gabriella at the Collection of Cars of H.S.H. Prince Albert II. The twins followed their father by adding Their signatures to the NASCAR, making it even more unique.

“What a pleasure it was to also meet His Sovereign’s children, Prince Jacques and Princess Gabriella, who had a great time with us. They even took advantage of writing their autographs on the vehicle, which is also appropriately named the ArtCar,” joked Michel Disdier. 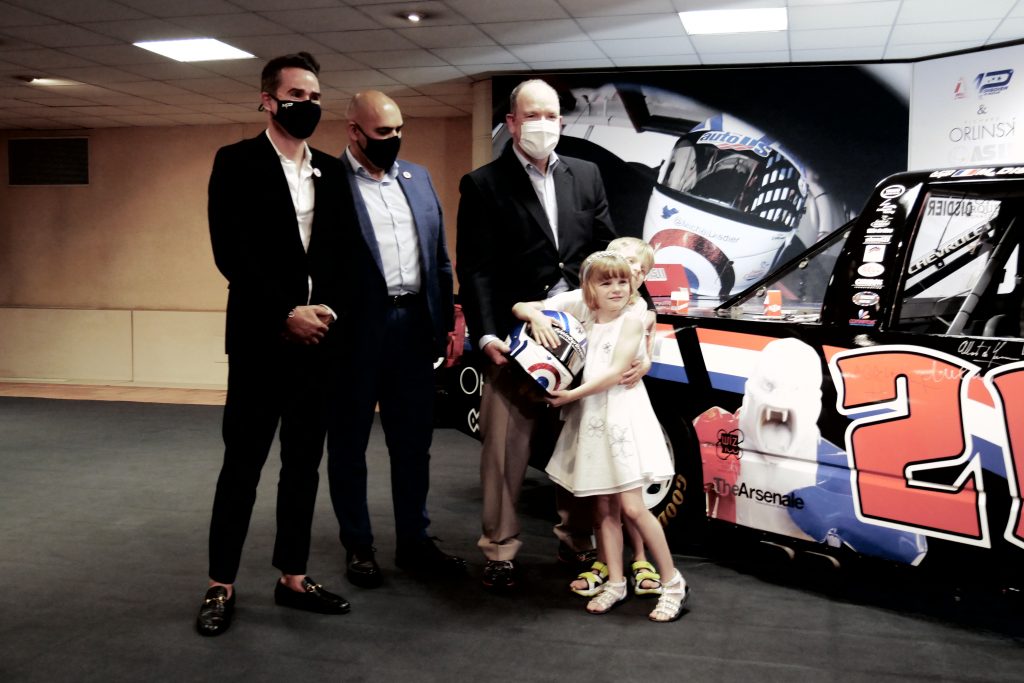 “We are very happy to have been able to present, as a world preview, the NASCAR at the Monaco Grand Prix in the presence of H.S.H. Prince Albert and His children. I would like to thank His Sovereign for his support as well as the Collection of Cars of H.S.H. Prince Albert II. The presentation of Michel Disdier’s car was a very special event as it is the first time that a NASCAR driven by a Frenchman has been displayed in Europe, and in the Principality of Monaco.

“It was memorable moment, which was made more meaningful as it took place at the same time as the Monaco Grand Prix,” said Salim Zeghdar, CEO of Top Marques. 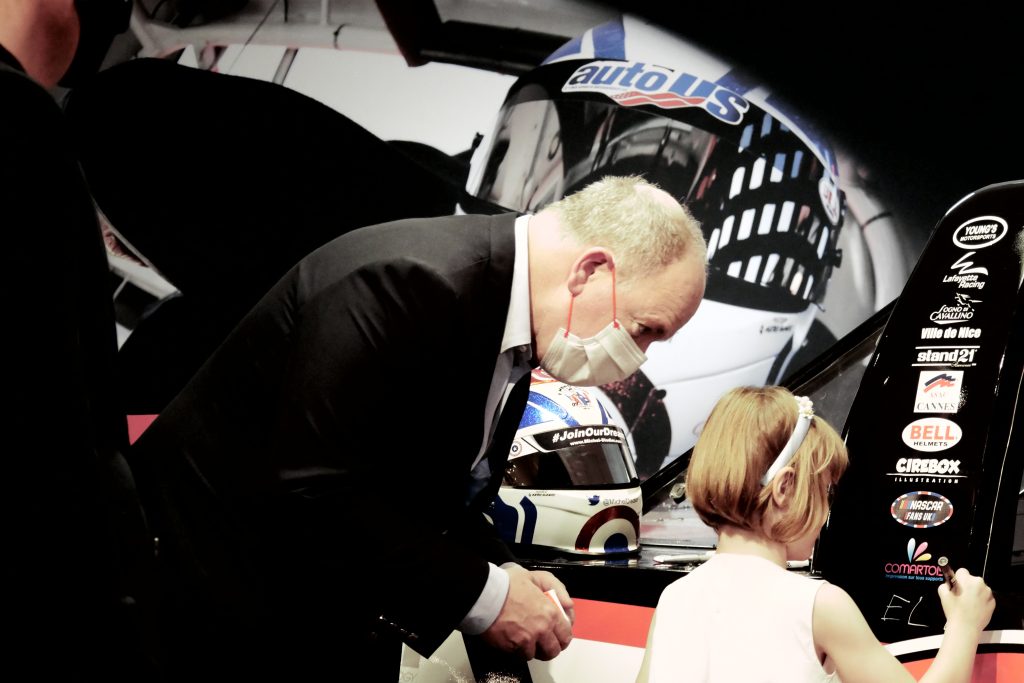 NASCAR, acronym for National Association for Stock Car Auto Racing, is the primary governing body for stock car racing in the United States of America. It is the most popular motor racing discipline in the USA and the second most watched sport after the National Football League (NFL).

In February 2016 in Daytona, USA, Michel became the first French driver to finish in the top 10 in the history of NASCAR. He is still the only French representative to have obtained the NASCAR license to race on all types of oval circuits in the National NASCAR series in the USA. 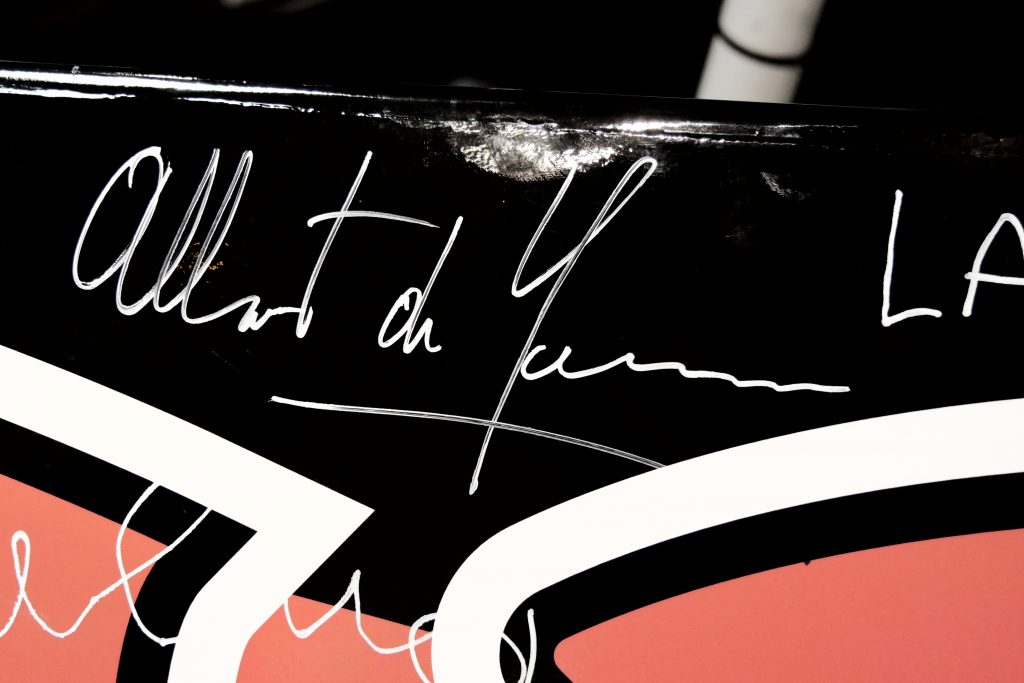 Michel hopes that “the year 2021 will serve as a springboard to better prepare for the NASCAR season in 2022, which will begin with the legendary Daytona event, in which we have already participated three times before.”

Michel has been in partnership with Richard Orlinski since 2018 when the artist created his ArtCar for the Las Vegas Event, held in April that year.

“It was a very moving day for the first official presentation of a NASCAR in Monaco,” Michel said. “I was very touched to have had the honor and the immense pleasure of presenting the car to H.S.H. Prince Albert II of Monaco, because making our unique adventure better known to as many people as possible is one of our goals. Prince Albert II did us the immense honor of welcoming us to his magnificent automobile collection. We couldn’t dream of a nicer place than the Principality for that, and even more during the Formula 1 Grand Prix weekend. I wanted to thank Top Marques for their support.” 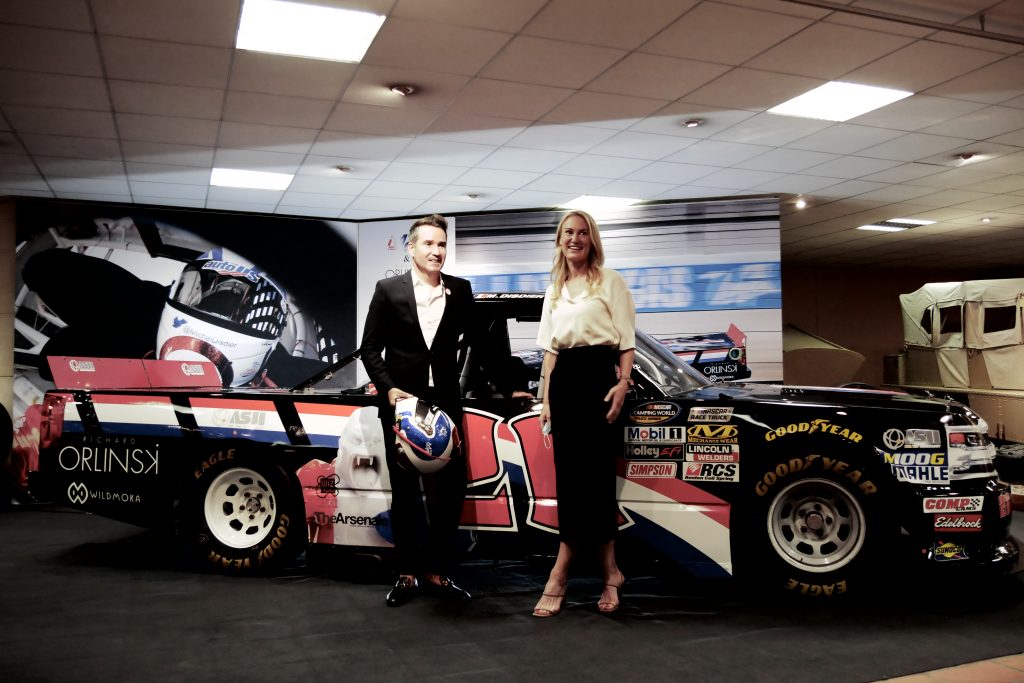 NASCAR will be on display at The Collection of Cars of H.S.H. Prince Albert II of Monaco from now until June 30, 2021. 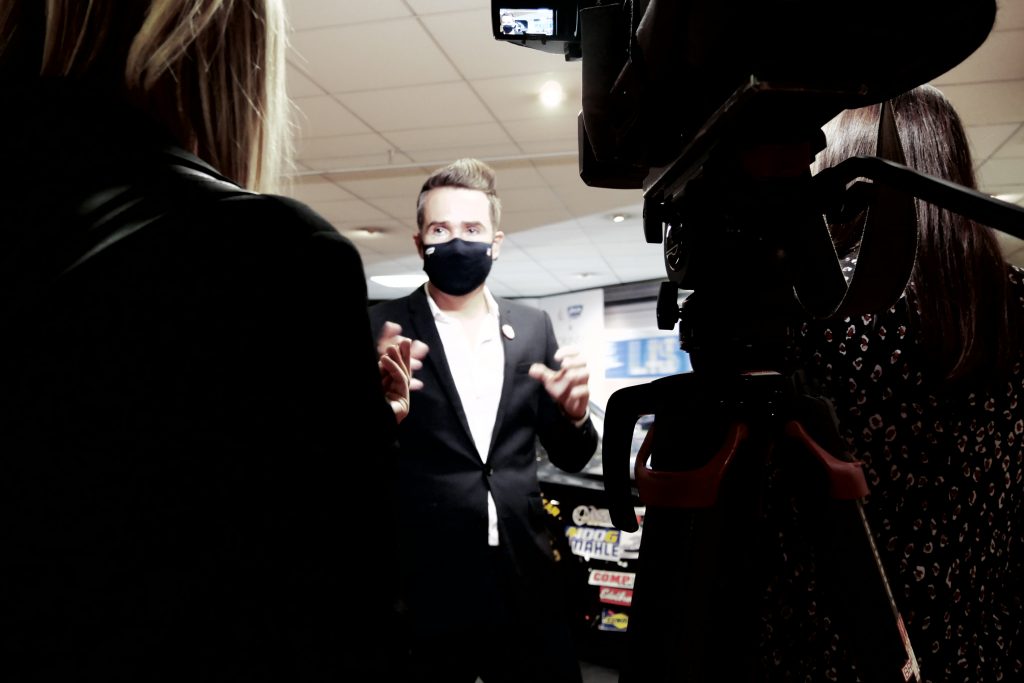