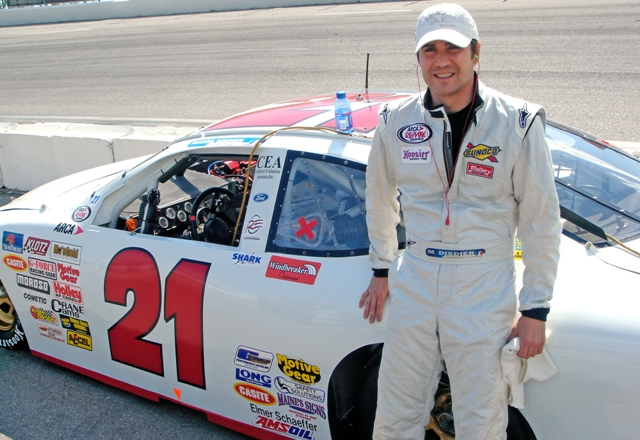 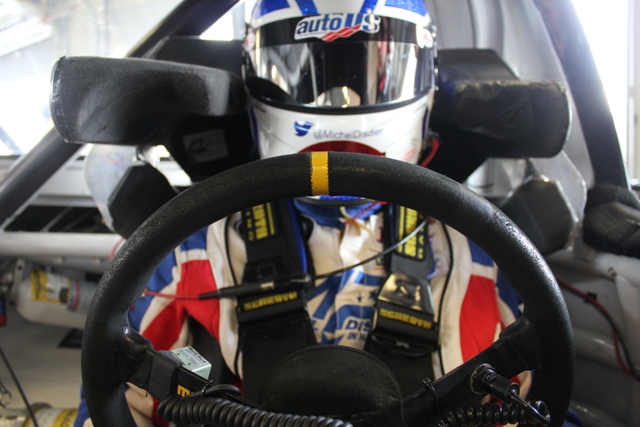 Steadily and with a steely determination, Michel Disdier has established himself in the world of NASCAR. After climbing the ladder in the Canadian Tire Series and the ARCA series, the Nice born driver competed in the NASCAR Camping World Truck Series at Daytona in 2014. He now feels he is ready to jump to the top step.

Michel Disdier first developed an interest in the US-based racing series at the end of the 1990’s during a stay in North Carolina. This American dream first seemed impossible to achieve for the French driver. At the time the idea of a European driver cracking the US racing scene was unthinkable. But years of hard work and single-mindedness were about to pay off and would allow him to see his ambitions take shape

” When I first started racing, my aim was to race in Formula 1, but I soon found out how difficult it would be to get there. I didn’t come from karting, but from motocross and I didn’t have the network of contacts necessary to succeed in F1. I discovered NASCAR racing in 2003 when I attended my first race as a spectator and I was seduced by the atmosphere and the close relationship with the fans. I decided this was what I wanted to do.”

Consequently, in 2007, Michel Disdier tested on the Michigan Speedway oval track with the Canadian Mario Gosselin’s team. The same year would see his racing debut in North America, at a NASCAR Canadian Tire event at the Circuit Gilles Villeneuve in Montreal, with the Richard Durivage outfit, Trident Racing.

Unfortunately, an engine failure would prevent the Frenchman from finishing the race. However, after getting a taste for it, Michel made a promise to himself. He would bounce back. And he proceeded to do just that, now that he was sure his heart was set on oval racing.

In 2008 and 2009, he took part in the ARCA Re/MAX stock car series. Competing in ten races with Bowsher Motorsports, he gained experience and exposure in the USA by finishing every single race in the top 20. Then after a 2-year hiatus, Michel joined the ARCA Re/MAX series once again in 2012 for some official testing, this time with Cunningham Racing, who had once upon a time given the same opportunity to a certain Juan Pablo Montoya.

In 2013, he took part in the season’s opening race at the Daytona Motor Speedway with Cunningham Racing, where he finished 11th (out of 43 drivers). He also topped the times in the last free practice session.

“After gaining experience in ARCA over the past few years I now had the optimum car with Cunningham, it felt really good. I felt comfortable and on equal footing with the best drivers. My performance was also received very well by the team, the organizers, the media and the public, which gave me a real boost.”

In 2014, Michel tested in the Camping World Truck Series at Daytona in the number 07 of SS-Green Light Racing, splitting the truck with Jimmy Weller and Todd Peck. He was signed by the team to race in the 2014 season opening race, making him the first Frenchman to race in NASCAR since the 1970’s.

In 2016, Michel raced with SS-Green Light Racing yet again and took 11th place in the race at Daytona. Needless to say, his results have been rewarding. In addition to his success on the race track, autograph lines have been long but the Frenchman enjoys the contact with his fans and the lines to receive his autograph continue to grow with each race.

The road to NASCAR is not an easy one but with confidence, persistence and talent the bumps are made smoother. These are the qualities, which drive Michel Disdier and for him the road is clear.

2017, has to be an achievement for him, and he aim for a full season starting by Daytona !